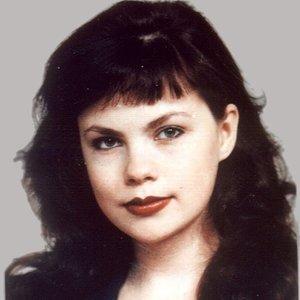 former officer of the General Staff of the Armed Forces of Ukraine,

In its resolution of March 2, 2022, the UN General Assembly condemned the Russian invasion of Ukraine and called it the aggression of the Russian Federation against Ukraine.

Filtration camps have been reported to be used by Russian forces in the 2022 Russian invasion of Ukraine, for “especially dangerous” in ideological terms and “unreliable” Ukrainians “filtration” is becoming permanent – people are forced to go through it every three days.[1]

The Russian government denies it is forcibly removing Ukrainians to Russia and calls the deportations «evacuation». According to the Byline Times filtration camps in Ukraine are being used as a means of re-stocking Russia’s labour force.[2]

Analyzing the legal status of the so-called filtration camps organized by the occupying Russian authorities in Ukraine, where they forcibly detain Ukrainian citizens, torturing them, taking away their documents, separating family members and moving Ukrainians to Russia, we can conclude that the Russian Federation commit a number of war crimes under a large number of articles of the Convention. The establishment and existence of these filtration camps is not provided for in any international document, it is completely contrary to the norms and principles of the international law.

Numerous facts of forced mass movement of Ukrainian citizens to the territory of the Russian Federation and divorced family members have already been recorded. Here are some examples.

During the Russian invasion, more than 1 million Ukrainian citizens were illegally deported to Russia. More than 200,000 of them are children. This was stated by the Verkhovna Rada Commissioner for Human Rights Lyudmila Denisova at a briefing in Kyiv on Monday, May 9. “More than 1,185,000 of our citizens, including more than 200,000 children, have been deported to the Russian Federation”, Denisova said. According to her, those citizens of Ukraine who have been “filtered” in “filtration camps” set up by Russia in the temporarily occupied territories are forcibly deported. She noted that some “filtration camps” hold more than 20,000 Ukrainian citizens. Denisova also demonstrated three certificates that are necessary for a person to be able to move in the occupied territories: a dactyloscopy (confirms that the person has been filtered), a pass to move around the village where the filtration camp is located, and a pass that is required to leave the settlement. According to her, nothing is known about the fate of those who did not pass the filtration.[7]

Mariupol Mayor Vadym Boychenko said, that the occupiers had taken 20,000 to 30,000 Mariupol residents to the occupied territories or to Russia. The mayor also spoke about the cases of capture during the evacuation: “There is a checkpoint near the village of Mangush, where traitors stand. They joined the DNR. Russian troops did and are doing everything to ensure that there are no buses left in Mariupol… 150 new buses they have reduced to ashes”.[8]

There have been and are no regulatory procedures to be established by the occupying power in accordance with the norms of this Convention for these filtration camps. Once such a violation has been identified, the belligerents shall suspend it and suppress it with as little delay as possible. However, as we well know, the Russian Federation does not stop violations in the form of filtration camps, although this violation is well identified.

According to the Article 54, paragraph 1 of the Protocol I, it is prohibited to resort to starvation among the civilian population as a method of warfare. But as Maria Vdovychenko from Mariupol says: “The camp is not a settlement, it’s just a convoy of cars. There were 500 cars in line in front of us, thousands more behind us. Getting out of cars, looking for food, water, going to the toilet was forbidden. Soldiers with weapons went everywhere, threatened, checked, and made sure everyone was there… People were deprived of food and warm clothes…It happened that not all passengers from the car were filtered: they could pick up their father or mother, and the car had to move on. People were confused…They just walked, talked to each other, discussed women who were tortured. I heard conversations between them: “And the one who did not pass, where did you take him?”. They asked each other. “I shot him and around 10 people, maybe more. I am tired to calculate.”.

One man, who was going through the filtration, came out with huge, frightened eyes. He trembled. He said he was severely interrogated and beaten. His was alone because his wife was never released…Due to the beating on the “filtration”, the father lost his sight. He was asked for documents, fingerprints, undressed, and searched. They began to interrogate, pressed morally. First pushed. When they saw that his phone was empty, the questions began: “Why is the phone empty? What are you hiding? We do not believe you!”. And he was just hit on the head. He does not remember who, how and what by. He remembers only how he found himself on the street. My father lost his sight from that beating, and we still had to move on.”.[9]

In Russian filtration camps, there is even coercion of Ukrainian citizens to take part in hostilities against their country, forcing a prisoner of war or other protected person to serve in the armed forces of an enemy state. For example, a group of recruiters arrived in Kherson, which includes FSB officers, officers of the “DNR Ministry of State Security” and representatives of the Liga (formerly Wagner). Their task is to find people who will agree to work in the “DNR special services”.

At the same time, demonstration filtering activities are held against patriotic locals. Up to 50 civilians were tortured and killed during the group’s stay. About 120 residents of Kherson were abducted. Their whereabouts are unknown. On May 12, the group arrived at a local jail where it was conducting a so-called “mobilization” among detainees. Automatic fire was heard from the room. In addition, in the village of Bezymenne in the Donetsk region, during filtering activities, Russians are offering people monetary compensation for destroyed housing in exchange for agreeing to “testify” against Ukrainian defenders in Mariupol.[10]

Given the above, it can be concluded that there are no legal grounds for organization of the Russian so-called filtration camps. Moreover, the wide range of torture and ill-treatment perpetrated by Russians in these camps are war crimes under International Humanitarian Law, including premeditated murder, torture and inhuman treatment, intentional infliction of severe suffering, grievous bodily harm and damage to health, rape, extermination of Ukrainians, enslavement, deportation and forcible transfer of the population of Ukraine, cruel deprivation of physical liberty, violating the basic norms of international law, persecution of Ukrainians on national, ethnic, cultural grounds and others.

The most serious crimes of concern to the entire international community are being committed in Russian filtration camps: the crime of genocide of Ukrainians, crimes against humanity and many war crimes. The actions of military and other officials of the Russian Federation have the characteristics of all types of crimes that fall under the jurisdiction of the International Criminal Court.

Ukraine has officially filed a lawsuit against the Russian Federation in the UN International Court of Justice in The Hague. This is just the beginning of the legal consequences for Russia for its crimes against Ukrainians, their history, national dignity, the right to exist of the Ukrainian nation and state.

In my opinion, Ukraine should take a number of the following steps now.

Given that the facts which we know constitute serious violations, as defined by the Conventions and this Protocol, they must be submitted with the evidence to this Commission for investigation.

2) Identify the reasons for the President of Ukraine or by the Chairman of the Verkhovna Rada of Ukraine failure to sign in accordance with the procedure the Law of Ukraine of December 27, 2019 № 2689 «On Amendments to Certain Legislative Acts of Ukraine on the Implementation of International Criminal and Humanitarian Law»[11], which was sent to the President of Ukraine on June 7, 2021, and take civil society measures correction of this situation. This Law aims to ensure the full implementation of the norms of International Criminal and Humanitarian Law on the prosecution of international crimes (genocide, aggression, crimes against humanity and war crimes), as well as to ensure compliance with international obligations to prevent legal and actual impunity for committing such crimes.

3) To recommend to the Ukrainian Parliament to ratify the Rome Statute of the International Criminal Court.

4) To take into account the proposal of the Permanent Representative of Ukraine to the International Organizations in Vienna Yevhen Tsymbalyuk to establish a special tribunal in the case of the crime of aggression against Ukraine to bring the Russian leadership to justice.

5) Set up an Information Bureau in accordance with Article 136 § 1 of the Convention.

7) Ukraine should take measures to bring the guilty officials of the Russian Federation to justice for the crime of aggression.

8) In accordance with Article 82 of Protocol I, the High Contracting Parties shall at all times and the parties to the conflict, during the period of armed conflict, ensure the availability of legal advisers who could, if necessary, to advise commanders at the appropriate level on the application of the Conventions and this Protocol and to instruct the armed forces accordingly, in particular, to bring to the attention of the personnel of the Armed Forces of Ukraine the Instruction on the Procedure for Implementation of International Humanitarian Law in the Armed Forces of Ukraine, approved by the Order of the Ministry of Defense of Ukraine dated 23.03.2017 № 164 and registered with the Ministry of Justice of Ukraine on 09 June 2017 for № 704 / 30572[12]. Yes, indeed, during the war, full-time military lawyers move into the category of legal advisers, however, there may not be enough full-time lawyers during the war.

[3] On the Protection of Civilian Persons in Time of War: Geneva Convention of 12 August 1949 // Database «Legislation of Ukraine» / Verkhovna Rada of Ukraine.

[4] Additional Protocol to the Geneva Conventions of 12 August 1949, and relating to the Protection of Victims of International Armed Conflicts (Protocol I) of 8 June 1977: // Database «Legislation of Ukraine» / Verkhovna Rada of Ukraine.

[5] Additional Protocol to the Geneva Conventions of 12 August 1949, and relating to the Protection of Victims of Non-International Armed Conflicts (Protocol II) of 8 June 1977: // Database «Legislation of Ukraine» / Verkhovna Rada of Ukraine.

[7] The number of Ukrainians forcibly deported to Russia has been named: Analytical portal «Word and deed».

[8] The Russians forcibly removed from Mariupol from 20 to 30 thousand citizens - the mayor: Ukrainian Pravda.

[9] Bida, Olesya. «I asked God to die quickly.» About hunger, fear and filtration camp through the mouth of a 17-year-old girl from Mariupol : Hromadske.

[11] On Amendments to Certain Legislative Acts of Ukraine on the Implementation of International Criminal and Humanitarian Law: Law of Ukraine of December 27, 2019 № 2689 // Database «Legislation of Ukraine» / Verkhovna Rada of Ukraine.

[12] Procedure for Implementation of International Humanitarian Law in the Armed Forces of Ukraine: Instruction, the Order of the Ministry of Defense of Ukraine dated 23.03.2017 № 164 and registered with the Ministry of Justice of Ukraine on 09 June 2017 for № 704 / 30572 // Database «Legislation of Ukraine» / Verkhovna Rada of Ukraine.