Shall we rewrite the Universal Declaration of Human Rights? 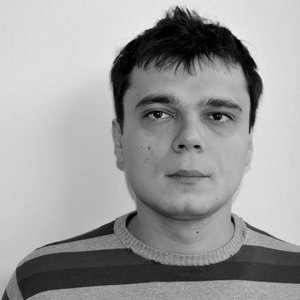 In the aftermath of the Second World War, humanity united around a common goal — to share humanism and urge the states on endorse a declaration of human rights which will be accepted by all nations. Since then, the issue of human rights continues to evolve

Universal Declaration of Human Rights - a text which actually has no legal weight, but is declarative. Even the title is  ''universal declaration'', declaration of certain universal values.
It should be understood that in 1948, when the Declaration was written, the list of universal values was slightly different, as well as the geopolitical map, the UN General Assembly consisted of 58 countries divided into two blocs. At that time we recognized only two generations of human rights (today we have at least three generally recognized), and the Declaration was based on the idea of 'social contract' and the influence of French Declaration of 1789.
The Declaration itself was written rather as one of the preventive mechanisms to protect humanity from the crimes of the Second World War than as a tool for human rights. Tools appeared only after 18 years of debate with the adoption of two pacts 'On Civil and Political Rights' 'and' 'On Economic, Social and Cultural Rights'. (Although the first isn`t ratified by China, and the second - by USA).
Perhaps the most significant effect of the Declaration is that after 1948 the presence in national constitutions of section ''rights and freedoms'' became imperative.
Modern criticism has two directions. First, the Declaration lacks legal mechanisms for its implementation. By itself, the text is neither effective nor applicable. This was due to the fact that the content of the declaration is a compromise between the socialist and capitalist camps, considering the positions of Confucian China and Muslim countries.
'Soviet bloc' threatened to block the decision and insisted on writing the Declaration in two parts: Political rights and Social, economic rights, and certainly such a declaration would look like a set of two Covenants of 1966. Compromise gave rise to quite short text that required the adoption of new regulations layered later.
Declaration today is a document that contains the right of the first two generations, while we are talking about at least three or even four. But today its content should be much more deeper. The world community is in power to reach a common denominator in terms of physical integrity of women and girls, provide new scales of environmental law, principles which are generally defined only in the Declaration of Rio de Janeiro. We must understand that the world is different and we have different approaches on human rights.  Human rights are relative. For western world freedom of religion means that one can adopt and change religion but for Muslims it means only adopt ones, for  Europeans democracy and elections are something usual but there are nations who live successfully without these. We must understand that human rights are not universal but relative. So, maybe we shall draft Relative Declaration of Human Rights?