To employ the foreigner in Ukraine: opportunities and prospects 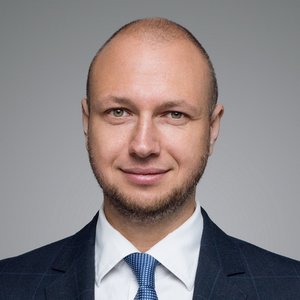 Let's consider a situation, when the purpose of foreigners or stateless person enter Ukraine is employment. In this case, for further obtaining the temporarily residence permit such foreigners should obtain employment permit. What document is it? What

Let's consider a  situation, when the purpose of foreigners or stateless person enter  Ukraine is employment.  In this case, for further obtaining the temporarily residence permit such foreigners should  obtain employment permit. What document is it? What are the peculiarities of this document? Why should it to be issued to be ?

Many employers (more often foreigners), who incorporated  their companies in Ukraine, come to mind that for many reasons (especially including human factor) it's much more convenient for them to employ foreign country citizen (mostly from the same country, as they are). At this moment, many questions, such as “Is it possible to employ foreigner in Ukraine?”, “How to register foreign employee?” appear.

Having found out that Employment permit is needed, other logical questions as “How to obtain  this permit?”,“What would it be, if foreigner works without special permit of Employment Center?” and “How to avoid the procedure of obtaining the Employment permit ?”

Let's begin one after another.

Ukrainian legislation do not prohibit usage of foreign labour, but, at the same time, the Employment Law of Ukraine states that foreigners and stateless persons , who enter  Ukraine in order to find out the job , are employed only basis of the special  Employment permit for foreigners and stateless persons without, issued according to Ukrainian legislation. . Exceptions are as follows: whether  international contract between Ukraine and country of the foreigner’s origin prescribe  easier procedure for registration of the above mentioned labour relations

Here we have to pay your attention that  in accordance with Ukrainian legislation there are  5 categories of persons, who have to obtain theemployment permit :

capable to perform this type of work in Ukraine (particular region of Ukraine);

international agreements of Ukraine do not provide other;

In this article, we will focus on obtaining Employment permit by "ordinary" foreigners.

The procedure for obtaining such permit is registered in new Resolution of Cabinet of Ministers of Ukraine № 437 as of  27.05.2013 On order  of issuing, extension of validity period and cancellation of permits to use the work of foreigners and stateless persons.

In order to obtain the permit, employer submits to Employment Center in the particular region a set of employees documents as follows:

also signed by his supervisor), that the workplace or office, where foreign labor will be used, in accordance with law, is not associated with  Ukrainian citizenship and do not require the provision of access to state secrets.

The innovation is that the employer was legally obliged to file to the territorial Еmployment Сenter information on the demand for foreign labor, not later than in  15 calendar days since applying for Employment permit  for foreigners . Based on this information, employment of Ukrainian citizens is promoted. Foreign citizen would be employed, if there are no employees, citizens of Ukraine, corresponding to the specified requirements..

Documents have to be submitted to the Employment Center  employee numbered (by hand) and stapled by clip (Binder). Employer’s application has to be assigned as number one.

The important thing is that all the documents not issued  in Ukraine, should  be translated into Ukrainian, certified and legalized by Ministry of Foreign Affairs of Ukraine Exceptions from this provision are as follows:

Hague Convention of 1961, which eliminates the requirement of legalization for foreign public documents.

Within 15 calendar days from the date of documents registration, Employment Center decides whether to grant the permit for usage of foreign labour or not. Employment Center informs the employer about its decision in written form..

Employment permit is valid within  one calendar  year and then  it should be renewed by almost identical procedure.

I think many readers understand that the procedure of obtaining such permit is not free of charge. The state duties  for issuing  permit for one foreigner equals to 4 minimum wages (as of today  - 4588.00 UAH). After Employment permit is he is granted, employer transfer the above mentioned payment  to the Fund of obligatory state social insurance against unemployment in Ukraine, which is confirmed by a receipt. The permit will be canceled, if the payment wouldn't be made within 30 calendar days from the date when decision concerning the issuing of permit was accepted. Within 10 working days from the moment of payment, authorization form will be completed and issued to the employer.

Please note if one employer hires s several foreigners, documents must be filed and state duties must be paid for each of them.

As a result, obtaining permit is the basis for getting by foreigner appropriate visa, registration of residence in Ukraine and registration of temporary residence certificate for period of Employment permission.

Now let’s pay our attention to another issue. . What would be if you don't obtain the Employment permit for foreigner and is it possible to avoid this procedure legally?

According to paragraphs 3 and 5 of Article 53 of Law of Ukraine "On Employment" employment of foreigners without authorization provides liability to  employer in the amount of 20 minimum wages (as of today 22,940 USD. ) for every foreigner .

In case of non-payment (refusal to pay) the above mentioned  penalty within a month on the voluntary basis, its indemnification  will be made under Ukrainian legislation. By simple arithmetic calculations, we come to conclusion that even paying a third party for obtaining the Employment permit except of state duties), the employer will still be a winner in comparison with whether  he is forced to pay a penalty (taking in account, that procedure for checking the reasons of foreigner’s employment in the company, penalty imposition and its subsequent recovery is not pleasant itself and can affect a business process).

Wherein, it is possible to avoid the procedure  of obtaining Employment permit  for foreigner or  stateless person legally. Part 6 Article 42 of the Law of Ukraine "On Employment" prescribes that it is not necessary to obtain the Employment permit in cases as follows:

implementation of  canonical activities only in organizations with a formal agreement with agency, registered the charter (regulations) of the particular religious organization ;

Also it's not necessary to obtain a permit, if foreigner would work under a civil law contract. The question whether skilled worker would agree to such a method of securing his/her rights is open.