Ukrainians are an invincible nation 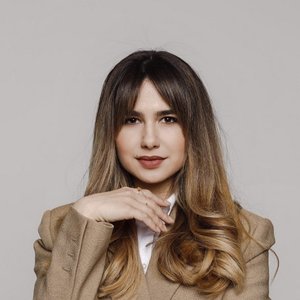 A war with Ukraine is a losing proposition.

The Ukrainian Armed Forces have shown their brilliance. Across the country stand long lines of people waiting to join the territorial defense - and some even pay bribes to join its ranks.

Besides, just look at our people vs. those ridiculous and infirm Russian military men.

Look at the gopniks from Kyiv, who beat up the Russian soldiers and seized an enemy APC with their bare hands.

And look at the grandfather who blocked the path of a tank with his car... The beasts responded by running him over - yet, the grandfather survived and tried to escape from his hospital bed so he could continue to fight for his country.

And think of the gypsies, who when no one was around, stole a tank from the Russians.

And the homeless people who collected bottles for Molotov cocktails.

And the grannies who scoured their neighborhoods looking for indications of saboteurs.

And the ragged Russian soldiers, who were hospitably welcomed by the kind Ukrainian grandmother with tea and purgen.

And the simple Ukrainian uncle, who with his bare hands and a cigarette dangling between his teeth, carried a landmine off the road.

Remember how the Russian military got spooked near the monument to the Soviet Invasion of Afghanistan - and so they shelled it?

And how that girl gave the bank account number of the AFU to an admirer, a simple fan of sending dick pics - and so he transferred money to support the AFU?

How Ukrainian railroad workers in Sumy Oblast lured an enemy armored personnel carrier into a dead end, encircled it, and forced it to surrender to the Territorial Defense?

And how these morons came straight to the Ukrainian police station in Kharkiv Oblast to beg for some diesel because they had run out.

And how the Russian paratroopers descended to where a forest was thought to be - but ended up in a bare field because a Ukrainian businessman had illegally forested the area, and so the invaders were quickly captured.

And how the disposable Russian paratroopers were tossed-out, just-off the shore of the Black Sea, in freezing waters, and so they froze before drowning and never made it to face our Territorial Defenses who were patiently waiting to "greet" them on the beach.

And how an enemy tank shot down its own helicopter.

And how the owner of a safari travel agency in Zanzibar donated money, from Russian clients, to the Ukrainian military.

And about the excursion in Gadyach, when the Russian column going to Poltava got lost, returned to Gadyach, and there they ran into local hunters which so scared them that they fled from their tanks into the woods, as they were chased and shot at by the hunters.

There is also Baba Nadia, as the voice of the people.

And Konotop women, self-proclaimed witches, drove the enemies away by promising them a curse by which their penises would never be hard again.

The kind woman who traded food for an enemy tank.

Grandpa Tolya, who stole a BMP by hooking it to his tractor.

And how an enemy plane fell near Zolotonosha, and people of the whole village turned-out to chase down and capture the pilot.

And don't forget about the Dnepr man who shit on the sign.

And about the captain Taras Ostapchuk, who sank the yacht of the Vice President of the Russian arms manufacturer Rostec, the Russian oligarch Alexander Mikheev, to avenge the shelling of his house in Kyiv - and the Spanish court acquitted him.

And about the cyber group Anonymous, whose hackers took down Russian government websites, put good Ukrainian music to play, and leaked a database containing the phones, mail, and names of Russian Ministry of Defense employees.

And about the Georgians who refused to refuel a Russian ship and offered the sailors oars.

And about the bandero car, which, according to popular Russian shows, would be the envy of Batman himself.

And also remember the story of 4 enemy tanks, which by their misfortune drove into a village in the Sumy region. They stopped, the crew got out, from two tanks poured fuel into the other two, got in, and left. While the two empty tanks were standing in the middle of the village, the locals ran out, stuck Ukrainian flags in the tanks then ran home. The first two tanks came back (they must have gone to get fuel), and upon seeing the two tanks with Ukrainian flags atop, began shooting. The tanks were shot, they drove up and realized that they were theirs, they got upset. Two tanks, remaining in motion, went around the village (apparently lost). And there was a bridge for five tons for cars. One tank drove over and the bridge collapsed, the tank stuck its nose in the river and drowned with the entire crew. One tank was left. He drove and drove, found a ravine and got flipped over there. The crew that got out pushed and pushed, so they left the tank there and went on foot into the abyss. That's how the village without a single shot with two flags of Ukraine defeated 4 tanks of Russian occupants.

And how the tanks of the invaders became stuck in a vegetable garden because the townspeople had warned them that they were not allowed to drive on their ploughed land.

And look at the way the whole world kept repeating, "Russian warship, go fuck yourself!"

No, Ukraine is never sad and depressed. Ukraine is invincible. The Ukrainian people are invincible. And the enemy - despised by all the world. Glory to Ukraine!