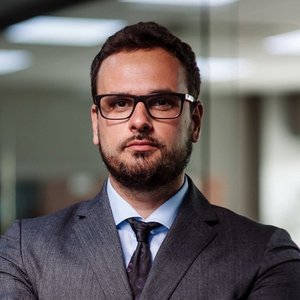 Legal grounds for the confiscation of russia's state assets are mentioned in the blog. It's time to act.

On February 24, 2022, Russia brutally invaded Ukraine. The cost of rebuilding Ukraine will be approximately $750 billion or more.

About $300 billion of the Central Bank of Russia's reserves were frozen by the EU, the US, and other allies following Russia's invasion of Ukraine. The European Commission is now exploring how to make Russia pay for the destruction it caused and seeking options for using frozen assets to reconstruct Ukraine, in line with EU and international law.

As published on the EC official website on November 30, around €300 billion of the Russian Central Bank reserves were blocked in the EU and other G7 partners. To make the most out of these funds and start rebuilding Ukraine already now, the Commission proposed, among others:

- In the short-term: set up a structure to manage the frozen public funds, invest them, and use the proceeds in favour of Ukraine.

- In the long-term: once the sanctions are lifted, the Central Bank assets will need to be returned. This could be linked to a peace agreement that compensates Ukraine for the damages it has suffered. The assets that would need to be returned could be offset against this war reparation.

Legal experts point out that from an international law perspective, using Russian central bank assets would be legally tricky without Russia's consent.

The main concern is the state immunity principle that covers the State's assets under international customary law. However, the EU and UN conventions on jurisdictional immunities are still not in force.

Undoubtedly main concerns have political and economic nature. However, is international law so adamant on the issue of the agressor's assets confiscation inadmissibility?

As a reaction to the unprovoked military aggression against Ukraine, Russia faced sanctions imposed by unilateral acts of the states (non-UN or regional organizations sanctions). Prima facie imposing sanctions also breaches the customary law principle of state immunity, including the immunity of the State's assets.

Nevertheless, the justification of sanctions imposed on Russia's state assets by third countries may be based on the following:

Self-defence (collective self-defence) as a result of armed aggression.

The UN Security Council has been incapable of taking measures necessary to maintain international peace and security concerning Russia's invasion of Ukraine under article 51 of the Charter of the UN. It could be alleged that the right to self-defence (collective self-defence) encompasses non-military measures (e.g. confiscation of the assets) as well as an armed response.

The non-military collective response to the aggression may be exercised as countermeasures.

In the case of Russia's state assets confiscation, the third-party State may refer to both the principles mentioned above (self-defence, countermeasures) to justify assets forfeiture.

State immunity protects a state and its property from the jurisdiction of the courts of another state. It covers administrative, civil, and criminal proceedings (jurisdictional immunity) and enforcement measures (enforcement immunity). It seems eligible to discuss the problem of admissibility of the «administrative» confiscation of the state assets, which is based solely on the legislative and executive acts of the State (enacting self-defence or countermeasures) as a way to override the aggressor state immunity.

So, international law proposes clear grounds for the aggressor's assets confiscation that must be adopted in the domestic legislation of the States where Russia's state assets are placed and an appropriate international treaty.