Amnesty International's report from a legal and moral perspective 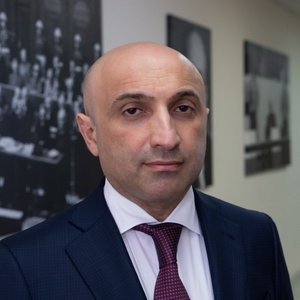 The report caused outrage, therefore, I have intentionally waited for the first emotions to settle in to make an analysis from a legal point of view.

After all, on the one hand, Amnesty International is an authoritative international organization, which, in particular, collected evidence regarding the crime of the Russian Armed Forces against the civilian population in the Mariupol Drama Theater, and, on the other hand, with a new report, it actually demonstrated that theorizing about war often differs from reality.And I will immediately point out several key points for understanding the situation.

Any analytics requires context. And the context is that all international crimes on the territory of Ukraine take place due to the Russian aggression. Thus, Ukraine, as a party to the conflict, has every right to defend itself. In addition, as victims of aggression, we did not choose the theater of war. Attacks on Ukrainian cities are a deliberate choice of the armed forces of the Russian Federation. But war always means death, suffering and destruction. It’s not just black and white.

And one more detail - in its report, Amnesty International is primarily guided by the provisions of Additional Protocol I from one of the most important provisions of which Russia withdrew in 2019, probably already then getting ready for full-scale aggression. Russia withdrew the declaration regarding the right of the International Humanitarian Fact-Finding Commission to investigate cases of alleged war crimes. Thereby, in fact, blocking the work of an independent body that, at the request of a third party and without the separate permission of the countries involved, is authorized to monitor compliance with the provisions of the Geneva Conventions and additional protocols.

The report consists of four paragraphs, three of which are reduced to statements that the Ukrainian armed forces use the civilian population as human shields, thus, as follows from the logic of the written violating Art.28 of Geneva Convention IV and 51(7) of Additional Protocol I.

The last paragraph is devoted to the Russian Armed Forces’ indiscriminate attacks on the civilian population and objects on the territory of Ukraine. However, the authors сircumvent the violation of the IHL principle of proportionality, that is, an attack which may be expected to cause incidental loss of civilian life, injury to civilians, damage to civilian objects, or a combination thereof, which would be excessive in relation to the concrete and direct military advantage anticipated.

So, the authors note that the Ukrainian military set up their units in schools, hospitals, etc., firing from densely populated areas, endangering the civilian population.

The report itself states that any armed forces have the right to use civilian facilities if they are located at a sufficient distance from residential areas.

Therefore, in fact, the statements of the report are about accusing the Ukrainian army of not taking maximum feasible measures to evacuate the population from such areas.

What should such measures look like? Is the notification from officials about the call for evacuation considered the maximum feasible measure? What to do with the population that does not want or cannot evacuate? How was the operational-tactical situation evaluated during the analysis of the actions of servicemen? Were they able to settle in another place, while ensuring protection for themselves and the civilians?

The report doesn’t give answers to all these questions, thus depriving grounds for a clear legal assessment of the facts mentioned.

The commentary to Additional Protocol I says that the article Art.58 on precautions against the effects of attacks does not require the impossible.

Next, it is worth paying attention to the fact whether the Russians violate the principle of proportionality enshrined in Art.51(5)(b) of the Additional Protocol I, opening fire on the Ukrainian army’s places of deployment  in cities?

Obviously they are violating. So, one of the witnesses written about in the report mentions two military trucks parked near her house, after which a rocket flew there. Two military trucks and a missile strike do not resemble the principle of military necessity when the concrete and direct military advantage anticipated can justify such a strike. We can cite even more blatant facts. For example, the shelling of the officers' house in Vinnytsia when 24 civilians were killed. The military purpose of the attack in broad daylight on a city deep in the rear, on an object where a hospital and a shopping center are located mildly speaking,  is unclear.

Thus, even if Amnesty intended to point out the Ukrainian side to its mistakes  in order to prevent them in the future, the reaction turned out to be predictably the opposite, primarily due to the form of information delivery. In my opinion, every fact of alleged violation of the norms of international humanitarian and criminal law, including by Ukrainians, should be studied and investigated in detail. But the unequivocal statement that the Armed Forces of Ukraine use human shields as a tactic is unfounded, premature and will serve as a weapon in the information war. So, perhaps for analytical reports independent international organizations should use more weighty and verified facts instead of assumptions in conditions of full-scale aggression, when all the power of the Russian military machine is directed against Ukraine? Indeed, the report lacks adequate evidence, denying us the opportunity to consider each episode on its merits.

The German sociologist Max Weber considers two hypostases of ethics: the ethics of conviction and the ethics of responsibility. In essence, this describes our daily problem-setting: should we think more about the here and now, about following formal procedures, or about the consequences of our actions? It is clear that Amnesty International wanted to demonstrate its impartiality with this report and followed formal procedures. But is it worth the potential consequences: the discrediting of the Ukrainian military, use by Russian propaganda, and, ultimately, Ukrainians' rejection of future reports by international organizations, which may contain a more balanced opinion and constructive criticism?

This war poses new challenges to the entire body of international humanitarian law which, of course, should be aimed primarily at the inevitability of punishing the aggressor. And a meaningful debate should be about this - how to prove the guilt of the aggressor and prevent the recurrence of war. I would like international organizations to initiate these discussions with subsequent elaboration of effective steps. Because if we do not find a way to punish the aggressors, the bloodshed in the world will continue.