Treatment of cancer is possible even today! 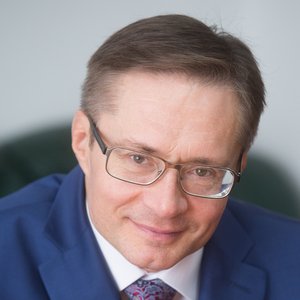 Humanity is on the verge of a possible catastrophe. This is a threat of the third world war!

Humanity is on the verge of a possible catastrophe. This is a threat of the third world war! No less a threat to humanity are such serious diseases as cancer, AIDS, various severe autoimmune diseases (systemic lupus erythematosus, dermatomyositis, rheumatic disease, glomerulonephritis and others).

I would like thatgovernments of America and European countries helped humanity, using their vast financial resources, not to foment a war in my native Ukraine, but to develop methods of treatment and prevention of abovementioned severe illnesses that cause suffering and dying of people of any nationalities, political views and religions. At that, I should pay attention to the leaders of America, European countries, Russia and Ukraine, that, unfortunately, in the structure of mortality cancer problems take the second place after cardiovascular diseases all around the world.

All doctors and even common people know that in blood ofpeople suffering from canceroccur various protein and other molecular and chemical structures similar to those that occur in the women’s body during pregnancy (alpha-fetoprotein and other substances). These changes in blood of cancer patients, as in blood of pregnant women, are accompanied by a strong suppression of the immune system,mainlyis affected so-called T-cell system responsible for antitumor and antiviral defense. In parallel, there is also less pronounced inhibition of antibacterial, so-called B-cell immunity. Attention is drawn to the fact that the larger is the size of the fetus in the body of pregnant woman and the larger is size of the tumor, the more suppressed is immunity. Immunosuppression in the body of pregnant woman is the most pronounced as a rule at 4th,5th and 6thmonths of pregnancy, i.e. while there is a rapid growth of poorly differentiated cells and tissues of the fetus, which is typically also forthe cells of malignant tumor (the less are differentiated tumor cells, the faster they divide, i.e. the tumor grows and the these cells more inhibit the immune system).

Unfortunately, in case of cancer cells of organs and tissues damaged by mutation grow and divide with their rapid dedifferentiation (i.e.with fast loss of damaged tissue of high specialization). For example, if cells of the kidney perform function of blood purification from various toxins and waste, then being damagedby a cancer process they lose this opportunity and are no longer able to perform theirfunction of protecting the human body from various decay products of protein bodies and other toxic substances.

In contrast to the cancer process, in the body of pregnant woman fetal growth is accompanied by increased differentiation of tissue, and at the same time there is a constant increase in the immune response. Upon completion of the differentiation processes of organs and tissues of the fetus, i.e. when a child in the womb becomes fully formed and ready to be born and independent living, in the body of pregnant woman sharply and as a rule powerfully increases the activity of T-cell immunity that, as we have said, protectsthe mother’sbody against any foreign protein structures, including the mother's body produces antibodies against its own fetus. The result is a rejection of already formed viable fetus; this causes birth, and a new humancomes to the world.

These facts show that when in the fetus bodyterminates the process of growth and differentiation of tissue, it stops the production by growing cells of fetus of protein hormonal and other structures, whichinhibit T-cell immunity (i.e. antitumor immunity) against foreign cell-mutants. At birth and during the first 2-5 hours after it, in the body of parturient woman occurs strong activation ofanticellular (antitumor) immunity.

Not hard to guess that if blood of parturient women at this moment in certain amounts (this is a separate information) to inject to the patients with cancer, it will contribute to the destruction of corresponding amounts of cancer cells (of course, blood transfusion should be implemented taking into consideration blood group and Rh factor compatibility, biological compatibility and absence inthe medical history of parturient womanrelatives suffering from cancer).

It may seem strange, but blood of parturient women is also able to perform thesubstitutive function in the leaky immunity of patients with AIDS. Moreover, this blood is able to increase the activity of not only anticancer and antibacterial immunity, but also the activity of reparative processes in patients after severe injuries and surgeries. Blood of pregnant women at certain stages of pregnancy (3-6 months) has a strong immunosuppressive action and can inhibit the autoimmune processes in the body of patients with rheumatic disease, systemic lupus erythematosus, etc. Summarizing the above information,it is not difficult to understand that blood tests of pregnant women give us the opportunity to treat severe and life-threatening diseases.

Of course, the information presented in my appeal to the leaders of the most developed countries in the world who are concerned about these issues, and large businessmen,is of a general and popular character. In fact, for a serious description of all the possibilitiesthat give us a deeper molecular-genetic, immune-biological and clinical studies of these processes, is needed a lot more printed pages with more difficult and specialized terminology.

I am willing to selflessly share my insights and knowledge with those people who genuinely want to work for the benefit of mankind. I warn inadvance that detailed information is much more complicated and therefore may be available only for the extraordinary professionals in the field of medicine and biology.

Paradoxically, but it is the fact that treatment of cancer and AIDS is possible already today, but for this it is necessary that the leading experts of the worldjoined efforts and started todevelop the above scheme. I'm ready to work as a research consultant or manager in these studies, which may actually give humanity a lot more information and treatment options of not only the above-mentioned diseases, but also solution to the issues of biotechnology of creation of animalprotein-containing foods artificially.

With deep respect for the leaders of the leading countries of the world and all members of the human race Dr. A. Peshko.